Carbon film resistors use a thin layer of carbon on top of an insulating rod that is cut to form a narrow, long resistive path. By controlling the length of the path and its width, the resistance can be precisely controlled with tight tolerances. However, their frequency response is much worse than Carbon Composition Resistors due to the inductance and capacitance caused by the resistive path cut into the film.

Metal Film Resistors are becoming one of the more common axial resistor types used today. Very similar in construction to carbon film resistors, with the main difference being the use of a metal alloy as the resistive material rather than carbon.
The metal alloy used, typically a nickel-chromium alloy provides tighter resistance tolerances than carbon film resistors with tolerances. Metal film resistors are low noise, and stable with little resistance change due to temperature and applied voltage. When available, we offer Metal Film Resistors at no additional cost. 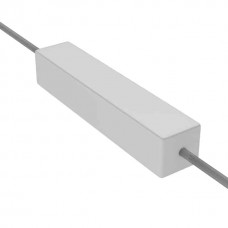 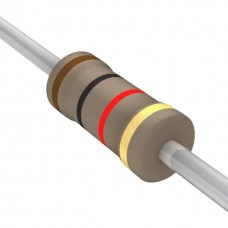 SIP Resistor Arrays (Single Inline Package) is an efficient way to pack several of the same value re..

Experimenters Delight – Resistor assortment for your workbench. Contains ten each of 56 valu..