For Single and Multiple LED Circuits

All LEDs require current limiting, without a current limiting mechanism, LEDs will usually burn out in under a second. Adding a simple resistor is one of the easiest ways to limit the current.

If you require assistance in determining the color code for a resistor value specified, please be sure to visit our Resistor Color Code Calculation Page.

When using LEDs in automotive applications, the actual voltage in a vehicle is not 12 volts, rather they operate between 13.8 to 14.5 volts. 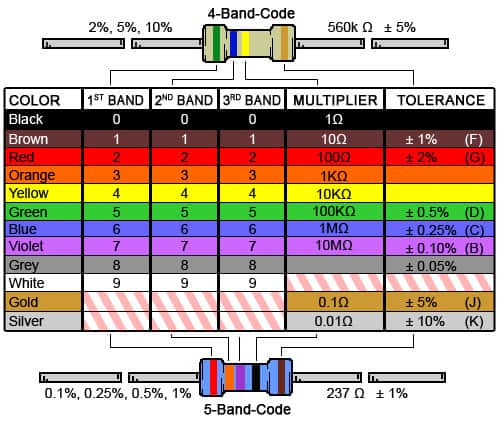