The driver board is compatible with 1 watt and 3 watt high power LED drivers. The board has provisions for up to 3 drivers. The drivers can be either all 1 watt or all 3 watt, or a mixture as needed.

Each driver can run up to four high power LEDs, but is dependent on your supply voltage. You can usually run three LEDs on each output from a minimum 12v power supply.

This items is the bare board only, allowing you to build up a system with your own parts as needed. We also offer the driver board as a full kit of components.

Connecting your board is straight forward. Only one power source is needed to drive the whole board. More details on the driver board can be found on our support site. Details on the basic connection and also connection to devices like microcontrollers and the Arduino. 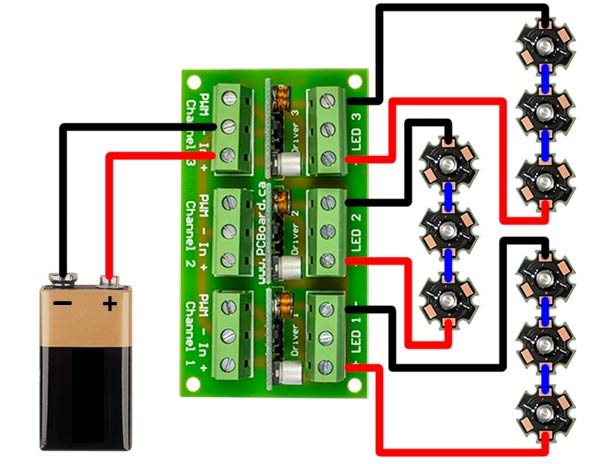 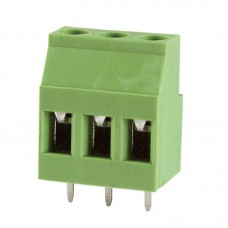 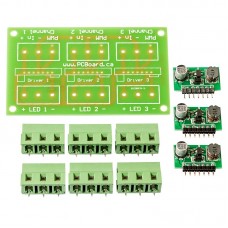