WS2812B based NeoPixel ring modules contain 61 5050 RGB LEDs on tiny circular PCBs. There are a total of 5 PCB rings setup as follows:

We have a page dedicated to the setup, connection, and software necessary to drive a NeoPixel Ring set directly from an Arduino ATTiny85.

There are four connections to each ring.

Each ring can operate on their own or connect in a string.

Uses only one microcontroller pin to control as many as you can chain together! Each LED is addressable as the driver chip is inside the LED.

The LED rings are chain-able by connecting the output of one ring into the input of another. There is a single data line. The drive protocol is very sensitive to timing. It requires a real-time microcontroller such as an AVR, Arduino or PIC. 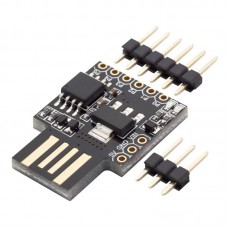 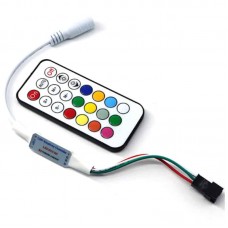